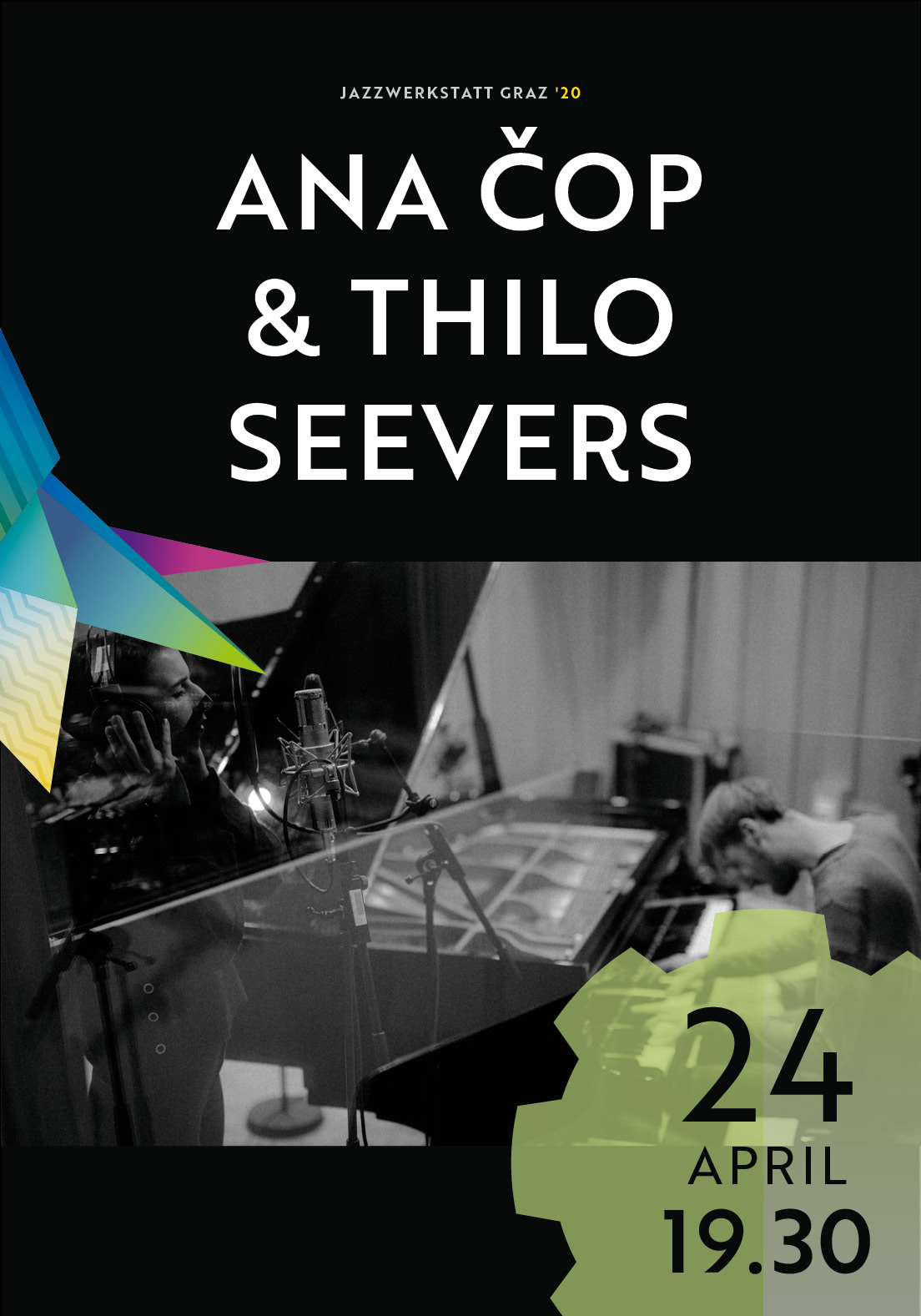 For centuries, composers, improvisers and players have made use of the intimate pairing of piano and voice for this setting allows so much room for stories to be told, emotions to be conveyed and personalities to be expressed.

Choosing a repertoire of not necessarily socially acceptable, easy-going or nostalgic songs, vocalist Ana Čop and pianist Thilo Seevers decided to play in this setting in order to aim for maximal focus on the story that lies within the lyrics, leaving the musical components such as form, harmony or time open for tweaks in order to underline the meaning of the words. In ever changing on-the-spot-arrangements they reveal their personal thoughts and feelings on songs, whose lyrics reflect real life, tackle controversial issues or just have completely changed their meaning compared to when they were written.

Exploring and extending the rich tradition of the piano-vocal duo, both musicians make use of a wide tonal color range, not sticking to the controversial division of roles in this musical setting. Since the focus is on the lyrics, Ana decided to omit the conventional vocal scatting, aiming for a deeper expression in improvisation based on words instead. The accompanying part of the piano is turned into one of an equal narrator of the story, setting the mood and casting unconventional lights on songs we have heard so many times.

In November of this year, Ana and Thilo will record their debut album, having worked on their concept for more than two years.